In December 2015, when I was scouting for locations for a new shoot, my friend Sergey Bogaitsev from Russia suggested a destination: Israel! I had never traveled to Israel, but Sergey knew the region well. We had the desert, we had the blue-turquoise waters of the Dead Sea, it looked perfect… and indeed it was! The model chosen for the shoot was the divine blonde Dasha Snezhnaya, from Moscow. The result was an episode for my Playboy Abroad series and an editorial for the cover of the Romanian edition of Playboy.
On this trip I made several new friends: Sergey Lenin, the extrovert, funny and somewhat bad boy of nude photography from Russia, who spoke no other language but Russian, so we had to communicate by gestures; and Alex Vanzetti, a charming and talented photographer from Israel, who specializes in underwater fashion photography.
It was a shoot that my team and I really enjoyed doing, and a place where I will surely return. 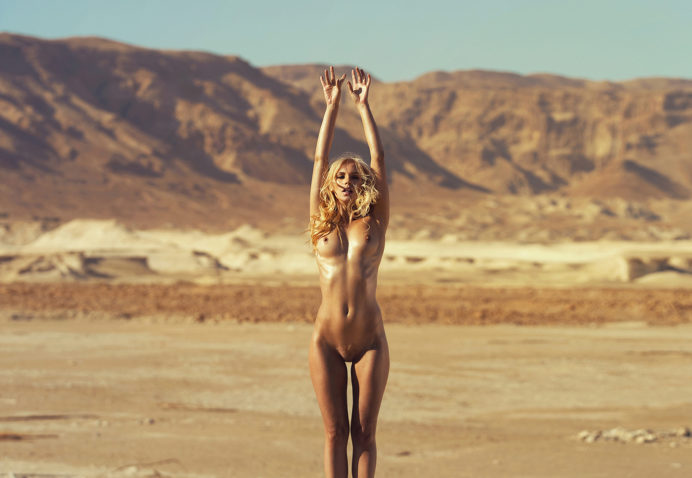 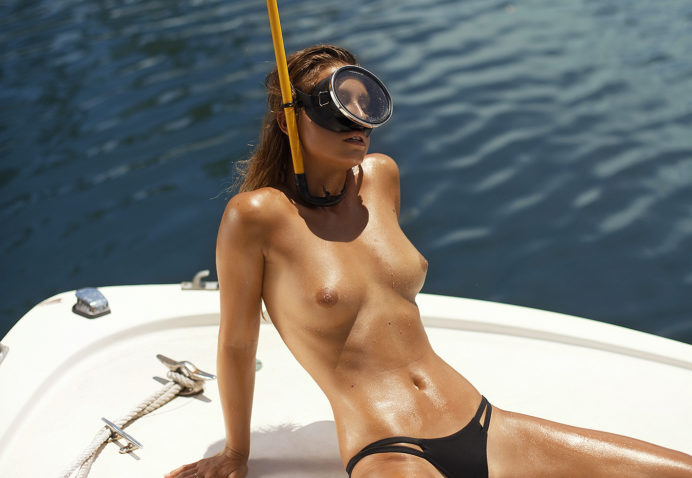